Hello to all my dishwasher family! It’s a wonderful day; let’s keep it that way by keeping the Drano far away from the dishwasher. The only reason behind my failed attempt at rhyming and mentioning this is that Drano should not be used to unclog your dishwasher pipes.

Drano is a good chemical used to clear up clogged sinks, bathtubs, and even bathroom drains, but it is not meant to unclog the dishwasher.

Most of the time, dishwashers get clogged up because food particles or a part of a Tupperware falling into it, which in turn leads to ineffective functioning of the dishwasher and makes us question whether we should use Drano to clear it up, but there’s more to this, which is why keep on reading!

Contents hide
WHAT IS DRANO?
WHY IS DRANO HARMFUL TO YOUR DISHWASHER?
THE COSTLY DRANO DISASTER
WHAT TO DO IF YOUR DISHWASHER WON’T DRAIN?
REASONS WHY DISHWASHERS GET CLOGGED
ALTERNATIVE TO DRANO
MANY PLUMBERS HATE DRANO, AND HERE’S WHY

It is quite unlikely that never once in your life have you had to experience a clogged drain. I believe it’s more like a rite of passage thing. You know you’ve grown and matured if you have to worry about how to unclog your drain.

Most people in this situation immediately go for the option of using Drano, which is a lye-based drain cleaning product that many households use to unclog their drains.

The science behind this baby is simple. It contains lye which softens the matter stuck in the drain pipes, and then the aluminum in the gel reacts with the lye creating a strong heat to make the elimination process of the gunk faster.

The lye, once it reacts with aluminum, gives off a soapy formula, which then allows for water to pass through and clean the gunk as it goes off cleaning.

It seems quite like a miraculous invention, and while it’s an amazing product to use when unclogging the sink drain or the bathroom drain, it is not something that should be used to unclog dishwasher drain pipes.

WHY IS DRANO HARMFUL TO YOUR DISHWASHER?

The reason why Drano is harmful to our dishwashers is that the largest compound that’s available in it is sodium hydroxide or otherwise known as lye. Even though this chemical is alkaline, it does not make it less abrasive or reactive to dishwasher pipes.

As mentioned in the article, when lye and aluminum in Drano react together and with water, they create an intense amount of heat to speed the decomposing process; however, the adverse effect of this chemical is that it damages the dishwasher’s drain pipes.

The heat is meant to unclog the drain and eat away any stuck gunk. Still, the problem is that the heat is so severe that it cuts through the plastic drain pipe as well.

So even if you were trying to save a few bucks by not calling the dishwasher company or the plumber, you would end up paying a lot more than what was initially intended because now the entire draining pipe will have to be changed.

This is not even the worst part yet. Spending big bucks is one thing, but when you use Drano to unclog the dishwasher, it won’t just damage the draining pipe.

Still, if the water does not go through the drain and instead splashes back onto the dishes, it might deform your Tupperware as well, and even if your dish is ceramic, it’s still not easy to clean sodium hydroxide off of your dishes.

Using Drano for just your dishwashing pipes is a disaster, but you still ask, ‘what’s the worse that can happen?’ or ‘You can just replace the pipe.’ You’re quite right about that, but nothing in this world is for free, and everything comes with a cost.

When you pour in even a small amount of Drano and add water, it sits on top of the gunk until it starts to melt. While the gunk is decomposing, the plastic pipe is also eroding along with it because of the intense heat; not only is the draining pipe of the dishwasher plastic, but it’s normally made to be thin and fragile so that it can function properly.

Had you called a plumber or a dishwashing company representative to fix the machine, it would’ve cost you around 50 to 70 dollars.

But since Drano seems more effective rather than waiting for the plumber, not only is this the worse decision, but once Drano ruins the drain pipe, the cost from 50 dollars will skyrocket to around 300 to 400 dollars. The reason for a spike in cost is that now you will have to get a new pipe instead of simply fixing the clogged drain.

WHAT TO DO IF YOUR DISHWASHER WON’T DRAIN?

Don’t just start panicking immediately and reach for Drano to solve the problem. You can fix this on your own, without you having to ruin your dishwasher’s drain pipes.

There are three ways that you can get your dishwasher to drain properly:

The first method is to open the dishwasher and see if the water is collecting. Take all the dishes and racks out of the dishwashing machine in this situation.

Once you do this, try to look for where the filter is. It’s normally located at the bottom of the dishwashing machine so once you find it, clean it thoroughly because sometimes, when you put dishes with some food residue still on them, it can get stuck into the filter, which prevents water from properly draining out.

In addition to method 1, many dishwasher machines have a garbage disposal system which means that the machine keeps collecting the garbage.

This means that it is highly likely that your dishwashing machine is constantly draining into it, and it’s full of all the unnecessary junk and needs to be cleaned immediately.

Cleaning the garbage disposal system that the machine has so it can function properly.

This often happens that people who own Tupperware that have multiple small components will experience those components getting stuck into the drain if they are not kept in the dishwashing basket to prevent them from moving around.

It is better to source the exact issue that is wrong with the dishwashing machine and if you think something like a piece of food storage clipper is stuck in the drain, then calling for the plumber or the dishwashing company is a must.

REASONS WHY DISHWASHERS GET CLOGGED

When our dishwashing machines get clogged, the first thing we normally want to do is just pour in some Drano to fix the problem. Still, now that you know this is not the best option, it’s better to locate the exact problem with the dishwashing machine so that you can come up with a solution accordingly.

There are many reasons why dishwashing machines get clogged, and water starts to collect in the base, leading to overflowing water from the machine and dirty dishes left behind.

Pre-rinsing is crucial because many dishes still have some small bits of food particles left on them. While those small pieces might not impact your machine immediately, those small pieces will be collected in the filter over a period of months and eventually clog the drain.

We advise that pre-rinsing the dishes thoroughly with water so as to remove any food residues like sauces, carrot pieces, or rice flakes will ensure that your dishwasher’s drains are not clogged, and so you do not have to spend your hard-earned buck on it.

Reason 2: Not cleaning the drain filter

As I mentioned, many food particles can get stuck onto the drain filter, so even if you have forgotten to pre-clean the dishes, you can still clean the drain filter so that the water doesn’t collect at the bottom.

To do this, remove all the dishes, separate the drain filter from the drain, and clean it under hot running water. If you ask me, I would say tossing it in a bowl of hot water along with baking soda will do the task of cleaning not just the residues but also any bacteria.

Reason 3: Too much soap can increase the buildup

There is a reason why it’s always advised to put in a certain amount of the dishwashing liquid, which leads to a higher buildup in the pipe.

While this reason might not occur over months, it can happen if you haven’t gotten your pipe checked in over years because soap residues along with water can lead to hard water deposits in the draining pipe, which can clog the drain. In this scenario, the only thing to do is to call the plumber before your kitchen starts to flood with water.

Reason 4: Not cleaning the garbage disposal

This is done to prevent any over flooding and because companies want to make sure that you don’t have to worry about clogged drains, but what happens is that if you don’t regularly clean or dispose of the garbage from the garbage disposal system, then it can lead to a higher collection of junk, which can lead to water clogging.

In this situation, clean the garbage disposal system, and your machine will be up and running again.

This is not one of the problems you can easily fix, and if this is the case, you will see that many of your machines and sinks will be clogged; for example, your laundry machine might have water collecting in it or your sink might be regularly clogging.

In this instance, it is better to call the plumbing company, fix the main problem, and try to lower the small costs of constantly fixing your machines.

Now that we know that Drano is harmful to our life-saving dishwashing machines, I will list a safer and less threatening solution so that you can have your clogged dishwasher’s drain cleared up in no time.

We understand that not everyone has the time to call over the plumbing service or even get into the technical part of the machine, so we recommend that concocting your mixture will be ideal.

Since dishwashing pipes are thin and fragile, you can use a mixture of baking soda and vinegar to clear up the clogged pipe.

Here’s what you need to do precisely to make certain that the dishwasher’s pipe clears up:

MANY PLUMBERS HATE DRANO, AND HERE’S WHY

Many plumbers have been saying that Drano is why they have a lot of work cut out for them because people fail to understand that Drano is bad for any sink, bathroom, or machine unclogging.

During the time that Drano sits on top of the debris and junk inside the drain, it is simultaneously corroding the pipes, which can allow these pipes to bend and break, which can cause a costly leak in the house.

This might sound like a small problem but imagine the pipes leaking inside the walls of your house. This can cause a great amount of damage all because of excessively using Drano to unclog the drains.

Not only that, but according to the plumbers, Drano is toxic to the environment because once the chemicals leave the drainage systems, it gets into the city sewer system, which can impact adversely by releasing toxic gas.

We hope you understand why using Drano is not a good option since it will ruin your dishwashing machine pipes and even the metal pipes of your sink or bathroom drain. 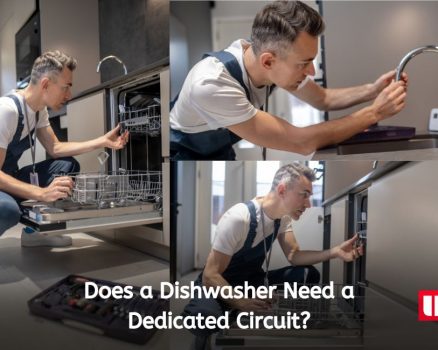