Did you buy a brand new dishwasher and are now wondering how to clean up dishwasher suds?

Your luck got you the right article at the right time!

Dishwashers have become a necessity. You’d find it in every other household for all the right reasons. After all, everyone looks forward to saving their precious time. The time spent washing dishes can be invested in other strenuous tasks.

While the dishwasher serves us well, we’ve to put some effort into its maintenance. You can’t let your electrical appliances work independently without thinking that some negligence on your part would be affecting their overall performance.

Before making any decisions, remember one thing. Dishwashing detergents aren’t the culprit behind suds. It’s usually the dish soaps behind the deed.

Therefore, you need to be cautious in choosing detergents for the dishwasher. Choose good-quality ones that keep your dishwasher in check without compromising the cleaning process.

Hopefully, by the end of this article, you will know how to stop suds in the dishwasher. It’s not a massive issue if tackled in time. Make sure you remain vigilant regarding technical matters of the dishwasher.

Call a plumber if you feel something is wrong. It’s easy to remove suds, but if you don’t use better detergents or keep on using clogged disposal, we’re afraid it’d create serious trouble in the future.

How to clean up dishwasher suds?

You won’t get frustrated anymore after seeing suds clinging to the inner surface of the dishwasher. A frequent query pinches dishwasher buyers- how to get rid of soap suds in the dishwasher.

No worries,  follow these simple and easy steps for a sud-free dishwasher.

Note: Make sure you use the best type of dishwasher detergent for your dishwasher. Detergent quality determines whether you’ll be having suds in the dishwasher or not.

What does it mean by suds?

The dishwasher produces a foam without using soap which is called suds. We can’t stop suds development since it plays a crucial role in quality cleaning.

It’s a by-product of heated soapy water- or in simpler words, when water and detergent in the dishwasher mix, it forms suds with the flowing water.

Even though we need suds, they mustn’t be ignored. Here’s why:

What causes excessive suds in a dishwasher?

There are multiple reasons for sud formation. For starters:

Does putting dish soap in a dishwasher ruin it?

Putting dish soap in the dishwasher is not a good idea. Nothing would ruin your dishwasher as much as a dish soap would do.

But it’s just a bar of dish soap. What big difference?

That’s the thing. Dish soap makes a huge difference since it isn’t made for detergents in the first place. Dish soap turns the dishwasher and kitchen into a frothy mess and wreaks havoc in the dishwasher. Moreover, it can cause potential damage to the plumbing.

Dish soaps create suds and bubbles; once you turn on the dishwasher, it doesn’t fit well. Dishwashers and soaps won’t mix together, leaving you with a mess and dirty dishes.

Do you know dishwasher detergents are designed to ensure no suds formation?

The detergent dissolves in the water, and when it shoots the insides, enzymes attach themselves to the plenty and residue of utensils. The long chains of proteins and starch break down and flush out with water. Isn’t that amazing?

Make sure you don’t use ANY KIND of soap in the dishwasher that forms thick suds. It includes:

The above cleaners aren’t dishwasher safe. Anyone in their right mind wouldn’t want to risk their health.

How to make homemade dishwasher detergent?

Running short on cash and can’t buy a dishwasher detergent? Don’t worry because we have something for you.

You can make homemade dishwasher detergent in a pinch without any effort. You’d need:

Mix all three ingredients and add a drop or two of essential oils for scent. Don’t add it to the dry mix jar; instead, put it in the soap container. 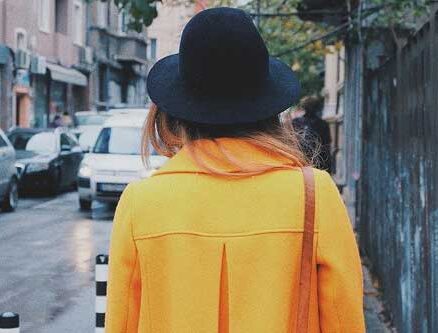